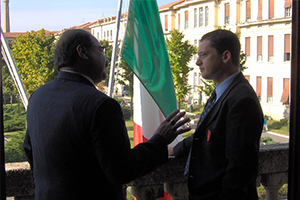 The idea for Gift of Life Italy of New York was born in 2003, when Frank Di Marco and Aldo Frustaci took an exploratory trip to Italy. There, they met with Dr. Giancarlo Crupi and the Ospedali Riuinti di Bergamo (United Hospitals of Bergamo) to discuss the possibility of establishing international cooperation to help children from developing countries affected by congenital heart disease and other affiliated cardiac diseases. From the beginning, Gift of Life Italy, USA has been supported by the Rotary Club of Verrazano. 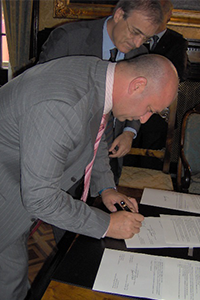 In 2005, an agreement was signed between Gift of Life Italy, USA, Ospedali Riuniti di Bergamo, Italy and Safe Child Life Tel Aviv, Israel to announce three missions to Moldova. Between 2005 and 2008, children from Moldova, Algeria and Iraq received surgeries, thanks to the work of Gift of Life Italy, USA. In 2008, a new agreement was signed, which helped to provide surgeries for Palestinian children living in a refugee camp in Syria.

In 2012, Gift of Life Italy of New York sponsored a six month surgery mission at the Clinique – Bonnes Oeuvres du Coeur in Casablanca, Morocco. A total of 60 patients received a second chance at life by Dr. Giancarlo Crupi, Pediatric Cardiac Surgeon at the A. O. Papa Giovanni XXIII of Bergamo, Italy. This would not have been possible without the partnership and the financial support of Gift of Life, Inc. 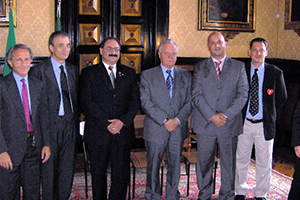 In 2013, Gift of Life Italy of New York, in cooperation with The Hearts with Hope Foundation, Gift of Life International and the financial help of Gift of Life, Inc., sponsored a Training Surgery Mission to the Benjamin Bloom Hospital in San Salvador, El Salvador led by Dr. Giancarlo Crupi, Pediatric Cardiac Surgeon from Italy. Thanks to this team, from July 21 – July 27 2013, 8 children received open heart surgery and 2 children received catheterization procedures.

We ended the year 2013 with a mission in pediatric cardiac surgery at the European Hospital in Khan Younis, Gaza Strip. After the team set up in the European Gaza Hospital, a team of 11 doctors and nurses, led by Dr. Giancarlo Crupi, provided 6 children with open heart surgeries. This would not have been possible without the partnership with PCRF and the financial support of Gift of Life Italy of New York, Inc.